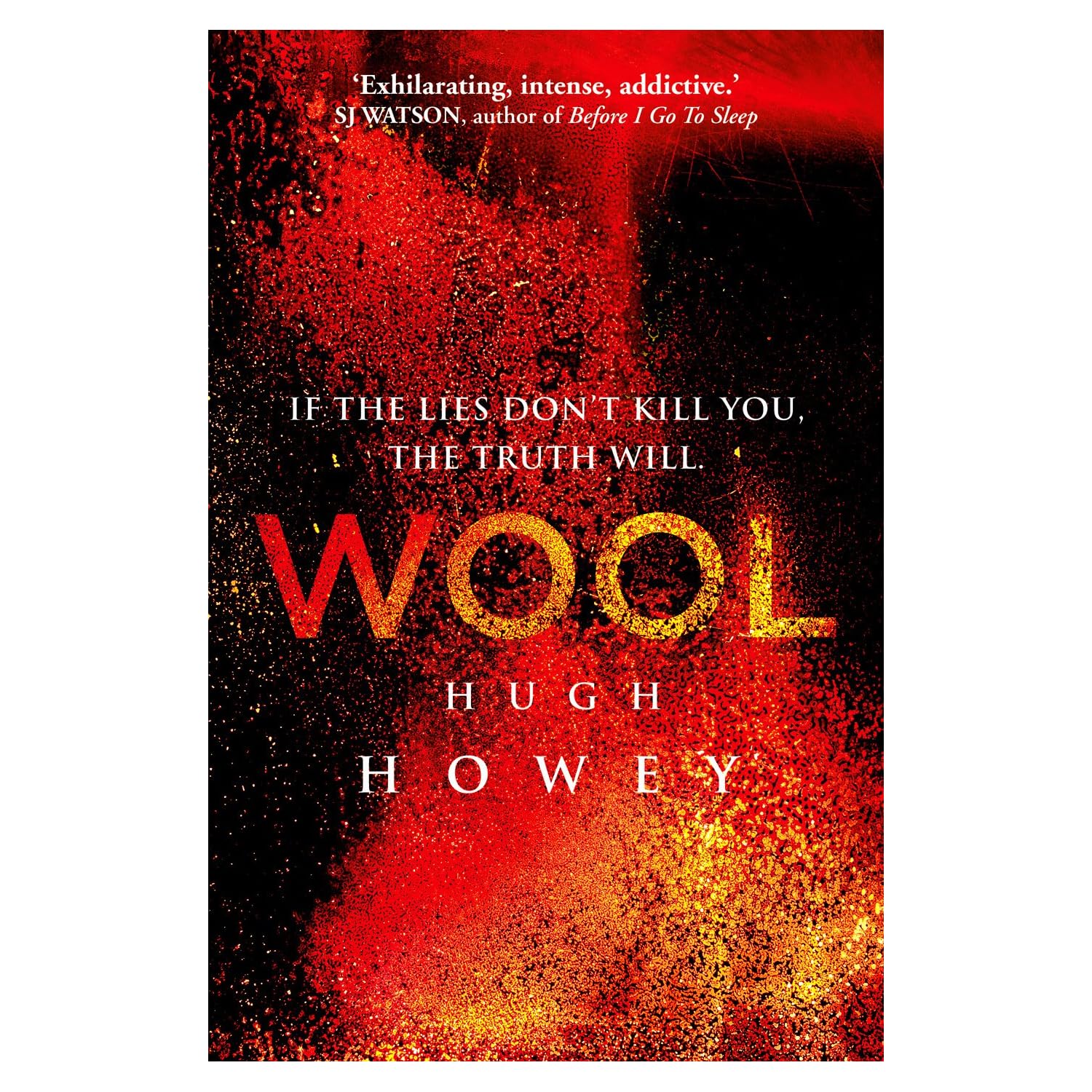 Opening line: The children were playing while Holston climbed to his death.

Hugh Howey’s Wool is a self-publishing success story that began in 2011 with a standalone on the Kindle Direct Publishing platform. When it took off, ‘quite by accident and all on its own’, Howey added another four interlocking stories, which were gathered in a Wool omnibus and published in hardback earlier this year. To top it all, 20th Century Fox has now also bought the film rights. It’s basically every indie author’s dream come true.

Wool transports us to the world of ‘the silo’ – the home of humankind in an apparently ravaged, post-apocalyptic future. The silo is a self-contained community divided into different sectors (such as IT, mechanical, nursery, food farms) that are spread over 100+ floors connected by a single, DNA-like spiral staircase. This enclosed world is described in minute detail, down to the sherpa-like silo porters who carry communications and supplies up and down the well-trodden stairs. The only glimpse of the desolate outside world is ‘up top’, on screens that become increasingly grimy until ‘a cleaning’ takes place…

So far, so sci-fi. But what makes Wool really take off for me are the elements of crime fiction woven into the narrative. Firstly, in line with standard crime conventions, there are a number of murders – some obvious and some more subtle – which are investigated with varying degrees of success by characters in the five ‘books’. Secondly, and in common with many other crime novels, there is an exploration of the rules and regulations governing society, and the ways in which crimes are dealt with by the law enforcement system. Except here, of course, we are dealing with the extremely unusual closed community of the silo, which shapes conceptions of criminality and punishment in entirely unprecedented ways.

The biggest crime in the silo – ‘the great offence’ – is ‘expressing any desire to leave’. As soon an individual utters the words ‘I want to go outside’, the law is broken, resulting in a literal explusion from the community. Once outside, wearing only a protective suit against the toxic elements, he or she is ‘put to cleaning’ – wiping the sensors that give the silo’s inhabitants their view of outside. And all diligently obey this command, although it is initially not clear to us why.

The first book starts with Sheriff Holston – the key figure entrusted with maintaining law and order within the silo – requesting to go outside. And this opening is typical of Wool, which is filled with wonderful plot ideas and scenarios. For why would anyone wish to leave the safety of the silo for the hostile environment outside, let alone the sheriff, who has himself overseen past cleanings, and should know exactly what fate awaits him?

While occasionally a little rough around the edges in terms of its writing and credibility, Wool is a compelling read – a fabulous page-turner that brings a possible future vividly to life, and grapples with big issues such as the rights of the individual, freedom of information, and the power exerted by the state over its citizens. The five interlinked stories detail the lives of several individuals – men and women, young and old – with the standout character of Jules or Juliette quickly becoming my personal favourite.

If you like the idea of a fusion of sci-fi and crime – and a rollicking good story – this is one for you. The energy and freshness of the narrative would undoubtedly also serve it well in the young-adult fiction market, which is where Howey first made his mark.

Shift, due for publication in April 2013, is the prequel to Wool, and is set just 50 years from now.

Wool is my  ‘Seventh continent’ book for the Global Challenge 2013.