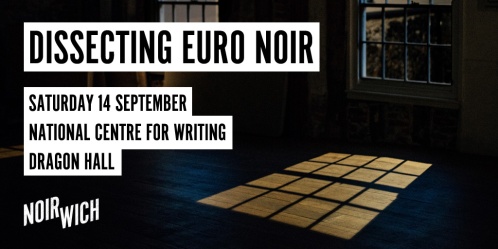 A heads up for all crime fans who can get to Norwich next weekend! I’ll be chairing the following event with Simone Buchholz and Antti Tuomainen next Saturday at the Noirwich Crime Writing Festival.

Simone Buchholz and Antti Tuomainen are two pillars of the Euro Noir community, penning some of the darkest, grittiest and most riveting crime thrillers of recent years. We are delighted to welcome Simone from Germany and Antti from Finland to dissect their latest novels in translation, their use of grisly detail and dark humour, and why they think European crime fiction is one of the most electrifying and successful genres in the world. 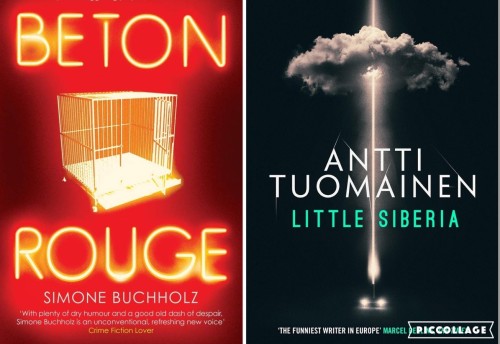 As part of my prep, I’ve had my nose in Beton Rouge and Little Siberia all this week, and both have been an absolute delight.

Simone’s Beton Rouge is the second in the ‘Chastity Riley’ series to be published in English – a stylish Hamburg take on hard-boiled noir, which opens with a grim discovery outside the offices of a magazine. Antti’s Little Siberia is a hilarious yet poignant noir romp, triggered by a meteorite crashing onto a car in a remote town in eastern Finland. In both cases, translators Rachel Ward and David Hackston communicate the humour and noirness of the originals with aplomb.

If you can get to Norwich for this event next Saturday – by plane, train, car or mule – then please do come along. Both of these authors are wonderfully engaging speakers, and there’ll be plenty of Euro noir chat and laughter – guaranteed!

And…as an exclusive extra today, courtesy of Orenda Books, here’s the cover reveal for Simone’s new book, Mexico Street, which is out in March next year.

Love it. And here’s a sneak preview of Chastity Riley’s third case…

Night after night, cars are set alight across the German city of Hamburg, with no obvious pattern, no explanation and no suspect.

Until, one night, on Mexico Street, a ghetto of high-rise blocks in the north of the city, a Fiat is torched. Only this car isn’t empty. The body of Nouri Saroukhan – prodigal son of the Bremen clan – is soon discovered, and the case becomes a homicide.

Public prosecutor Chastity Riley is handed the investigation, which takes her deep into a criminal underground that snakes beneath the whole of Germany. And as details of Nouri’s background, including an illicit relationship with the mysterious Aliza, emerge, it becomes clear that these are not random attacks, and there are more on the cards… 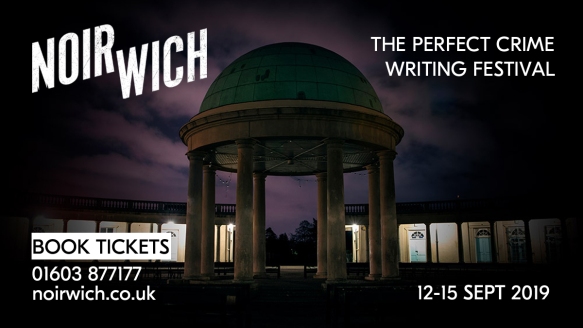