We’ve lost two cultural giants this week: American author Harper Lee (1926-2016), and the Italian philosopher, cultural theorist and writer Umberto Eco (1932-2016). Here’s a salute to each with some links to further reading. 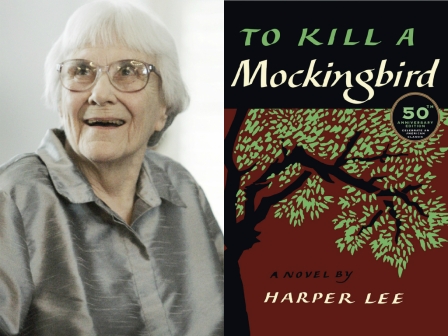 Harper Lee’s literary reputation rests almost completely on one novel, To Kill a Mockingbird, which was published in 1960 and won the Pulitzer Prize in 1961. Set in mid-1930s Alabama, it uses a court case to illuminate the ingrained racism of the Deep South: black field-hand Tom Robinson is falsely accused of raping a white woman and is defended at trial by attorney Atticus Finch, the father of precocious child-narrator Scout. The novel can be viewed both as a coming-of-age story and a historical novel about the Great Depression, and explores the themes of crime, racism, morality and justice in a way that still feels challenging today. The 1962 film adaptation starring Gregory Peck is a classic.

Lee was the daughter of a lawyer (on whom the character of Atticus was based), studied law herself, and had an interesting link to the world of crime writing. One of her childhood friends was Truman Capote, and she worked with him in conducting interviews and gathering materials for In Cold Blood (1966), his ground-breaking ‘true crime’ examination of the Clutter family murder case in Kansas. 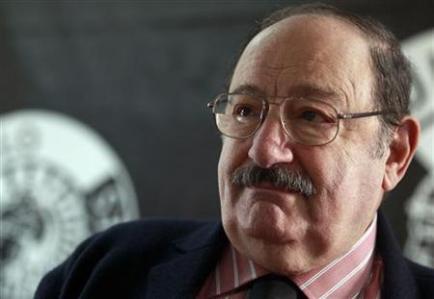 “Books are not made to be believed, but to be subjected to inquiry”

In the world of crime fiction, Umberto Eco was most famous for his first novel, The Name of the Rose (1980), which is accurately described on the author’s website as ‘an intellectual mystery combining semiotics, biblical analysis, medieval studies and literary theory’. The novel’s 500 pages provide readers with a riveting murder mystery, a wonderful detective (Brother William of Baskerville), a rich portrait of 14th-century monastic life and medieval intellectual/religious conflict. The fiendishly clever solution remains one of the best in the crime fiction.

I love the possibly apocryphal stories that Eco wrote The Name of the Rose in response to a dare, or because “I felt like poisoning a monk”. It may therefore have been something of a surprise to him that the novel sold 10 million copies in over 30 languages.

Eco regarded himself primarily as an academic who wrote fiction on the side. His key areas of inquiry were philosophy and semiotics (the study of signs), and he wrote influential articles on literary theory and popular culture. His essay collection The Role of the Reader: Explorations in the Semiotics of Texts (1979) has been useful in my own academic work on crime fiction, particularly the distinction he makes between ‘closed’ and ‘open’ texts (the latter offer the reader greater interpretive agency, rather than steering readers towards a predetermined narrative closure). Grazie, Professore.