It’s less than a month to CrimeFest 2018, which this year celebrates its 10th anniversary!

Happily, we’re repeating the experience this year with another four top German authors – Oliver Bottini, Simone Buchholz, Dirk Kurbjuweit and Andreas Pflüger – thanks to the generous continued support of the Goethe-Institut London. I once again have the pleasure of moderating, and can’t wait to get into discussion with the authors.

Our Krimi panel takes place on Friday 18 May at 13.40. If you’re at CrimeFest this year, please do come along!

We’ll be exploring a range of topics: the authors’ choice of genre (police procedural, urban noir, action thriller, psychological thriller); their settings (from the confines of a single house and the snowy landscapes of the Black Forest to the urban hustle and bustle of Hamburg and Berlin); key themes such as criminality, crises of identity, toxic masculinity, friendship, disability, and Bushido and Zen Buddhism; and the joys of working with the translators who bring their works to English-language audiences.

Oliver Bottini is a prize-winning German author based in Berlin. Four of his novels, including Zen and the Art of Murder (Mord im Zeichen des Zens, part of the ‘Black Forest Investigations’ series) have been awarded the Deutscher Krimipreis, Germany’s most prestigious award for crime writing. His novels have also been awarded the Stuttgart Crime Prize and the Berlin Crime Prize.

Bottini’s Zen and the Art of Murder, translated by Jamie Bulloch (who will also be at CrimeFest), is published by MacLehose Press. An off-beat police procedural, it features talented chief investigator Louise Boni, who is struggling to deal with a number of personal and professional demons. Plenty of snow, a gripping investigation and a Zen monk are also in evidence. See Mrs. Peabody’s review of Zen here. 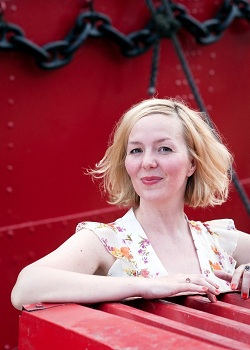 Simone Buchholz studied philosophy and literature, worked as a waitress and a columnist, and trained to be a journalist at the prestigious Henri-Nannen-School in Hamburg. In 2016, Simone Buchholz was awarded the Crime Cologne Award as well as a German Crime Fiction Prize for Blue Night (Blaue Nacht). The novel was number 1 on the KrimiZEIT Best of Crime List for a number of months. She lives in Sankt Pauli in the heart of Hamburg.

Blue Night is translated by Rachel Ward and published by Orenda Books. It’s part of the highly acclaimed ‘Chastity Riley’ series, which draws on private-eye conventions to create stylish, urban noir with a German twist. As well as celebrating the less glamorous bits of Hamburg, the novel is a moving meditation on the importance of friendship. You can read Mrs. Peabody’s interview with Simone here. 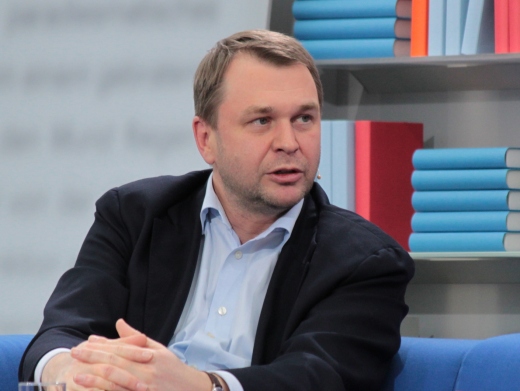 Photo of Dirk_Kurbjuweit by Julian Nitzsche

Dirk Kurbjuweit is deputy editor-in-chief of the German current affairs magazine Der Spiegel, and divides his time between Berlin and Hamburg. He’s received numerous awards for his writing, including the Egon Erwin Kisch Prize for journalism, and is the author of seven critically acclaimed novels, many of which have been adapted for film, TV and radio.

Kurbjuweit’s novel Fear, translated by Imogen Taylor and published by Orion, explores the psychological effects of stalking on a middle-class family after they move into a flat in a shared house. Based on Kurbjuweit’s own experiences, the novel is an unsettling exploration of how stalking turns people’s lives upside down and leads them into situations they never thought possible. The capacity of fear to erode civilised values is a key theme.

Andreas Pflüger has lived in Berlin for many years. He is the author of a number of novels and one of the most renowned scriptwriters working in Germany today. His award-winning works include The Ninth Day and Strajk, directed by Volker Schlöndorff, and over twenty episodes of the cult German crime series Tatort.

Pflüger’s In the Dark, translated by Shaun Whiteside and published by Head of Zeus, is the first in the ‘Jenny Aaron’ series. Aaron is an extraordinary lead protagonist – blinded after a police operation goes horribly wrong, she has to learn to ‘see’ in new ways and to confront her traumatic past when her old police unit asks her to help with a case. An action-packed thriller that’s underpinned by an extraordinary amount of research.

In case you’re wondering, Erich the Bavarian duck will also be in attendance at CrimeFest… 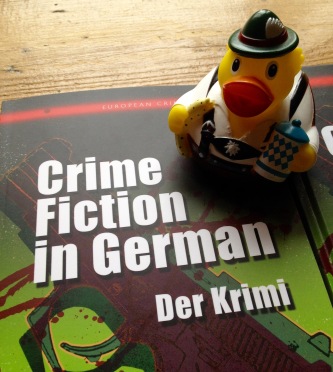 Warmest thanks to the Goethe-Institut London, whose support is enabling this event to take place place. Further details about this panel and other CrimeFest panels involving the four authors can be found on its website here.