A round-up of some recent news from the world of crime:

Orenda Books has signed Block 46, a debut thriller by French, London-based author Johana Gustawsson, which will be translated by Maxim Jakubowski.

Karen Sullivan, publisher of Orenda Books, says: “Block 46 is an exceptional debut – a gritty yet nuanced thriller that swings between London and Sweden, before picking up a second narrative strand that takes place in a concentration camp in 1944 Germany. An unforgettable triumvirate of protagonists include Emily, a British profiler, Alexis, a French true crime writer, and maverick Inspector Bergstrom in Sweden. Beautifully written, with a sweeping narrative, evocative settings and a heart-thumping pace, this marks the beginning of a fabulous series and writing career for Johana, and ticks every box on the growing Orenda list.”

More info from The Bookseller here.

Harry’s back! Jo Nesbo’s hard-boiled Oslo detective Harry Hole will return in his latest novel, THE THIRST, to be published by Harvill Secker in May 2017.

THE THIRST continues the story of POLICE, Harry Hole’s last outing in 2013, which saw the maverick cop protecting those closest to him from a killer wreaking revenge on the police. THE THIRST sees Harry drawn back to the Oslo police force when a serial killer begins targeting Tinder daters… It’s the 11th instalment in Jo Nesbo’s bestselling crime fiction series, which have sold over 30 million copies worldwide and are published in 50 languages.

Jo Nesbo says: ‘I was always coming back to Harry; he’s my soul mate. But it’s a dark soul, so it is – as always – both a thrill and a chilling, emotionally exhausting experience. But Harry and the story make it worth the sleepless nights.’

Danish director Susanne Bier has won an Emmy – ‘Outstanding Directing for a Limited Series’ – for her work on the TV adaptation of John le Carré’s The Night Manager. She commented on BBC Breakfast: “This is such a traditional men’s world, and I hope the fact a woman director has won this prestigious prize is going to mean that more non-conventional series and movies are going to be directed by women.”

There’s a good interview with Susanne about her work on The Night Manager here.

His Bloody Project, by Scottish writer Graeme Macrae Burnet, has been shortlisted for the Man Booker Prize. It’s wonderful news for the author, the independent publisher Saraband, and fans of crime fiction in general – the more crime fiction we see on those ‘big’ literary prize shortlists the better!

The novel focuses on a triple murder in a crofting community in 1860s Scotland. Here’s the blurb from Saraband:

“The year is 1869. A brutal triple murder in a remote community in the Scottish Highlands leads to the arrest of a young man by the name of Roderick Macrae.

A memoir written by the accused makes it clear that he is guilty, but it falls to the country’s finest legal and psychiatric minds to uncover what drove him to commit such merciless acts of violence. Was he mad? Only the persuasive powers of his advocate stand between Macrae and the gallows.

Graeme Macrae Burnet tells an irresistible and original story about the provisional nature of truth, even when the facts seem clear. His Bloody Project is a mesmerising literary thriller set in an unforgiving landscape where the exercise of power is arbitrary.”

And lastly…I’ve updated my list of 35 European crime novels with publisher and translator information. Quite a few of you have been tucking into this list, which is great to see. Needless to say, I’ll keep flying the flag for Eurocrime and Europe in future. 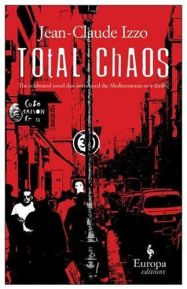