For the past seven weeks, Channel 4/Walter Presents viewers have been gripped by the German Cold War spy drama Deutschland 83, created by Anna and Jörg Winger, a talented German/American husband and wife team. Following tonight’s feature-length finale, here are my thoughts on the show as a Germanist who teaches/writes on German history and as a fan. The post contains spoilers, so if you haven’t seen the series, DON’T read on…watch the series instead!

I watched the first episode of Deutschland 83 with slight trepidation. As a Germanist trying to persuade Brits of the merits of German culture, I wanted it to be good and to overturn some of the persistent UK tabloid stereotypes about Germans (earnest, humourless, Nazi). It was and it did. We were introduced to a host of intriguing characters and saw 24-year-old East German border guard Martin Rauch (Jonas Nay) bundled off to West Germany as secret agent Kolibri. Posing as Moritz Stamm, an aide to General Wolfgang Edel, he begins to gather classified military secrets in Bonn and to pass them back to the GDR, as Cold War tensions between East and West rise.

Getting into the swing of this spying thing

One big question the first episode raised was that of historical veracity. A friend of mine, an academic expert on East Germany, described the depiction of Martin’s recruitment by the Stasi (the East German secret police) as ‘baloney’. I totally understood this reaction, as I’ve had similar responses to dramas set in Nazi Germany (e.g. one where a Jewish-German protagonist calls out a cheery ‘Shalom!’ to his friends on a busy Nazi-era street). But allowances should be made: writers of historical dramas need to communicate complex information to viewers very quickly, which sometimes means taking what I think of as ‘symbolic shortcuts’. In this case, the use of the spy thriller genre also demanded exciting action and a brisk narrative pace: we obviously couldn’t spend six episodes with Martin while he was being methodically trained in spycraft, so some suspension of disbelief was required.

On the other hand, the first episode managed to convey some fundamental truths: the Stasi‘s ruthless use of people’s personal circumstances to secure cooperation; the politicised nature of everyday East German life; the ideological hypocrisy of Western coffee and perfume making their way East via a border guard or a highly placed Stasi official; the very real military tensions of the time. And it was stylish. Beautifully shot, with a classy 80s soundtrack, its nuanced direction was serious or light as the action required. By the end of the episode I was hooked: how was young Martin/Moritz going to negotiate the tricky double identity that is the basis of a spy’s existence? 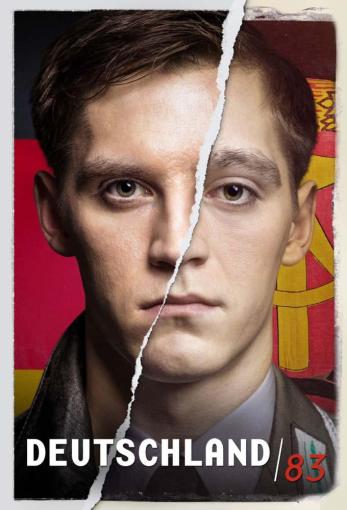 Here are just some of the things I loved about Deutschland 83: 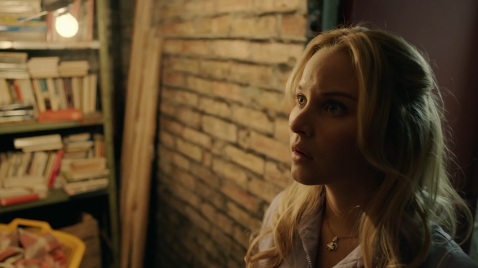 What have we here…?

Things are about to go pear-shaped…again

There may have been times where things threatened to get a bit silly, such as Episode 2’s entertaining but implausible attack on Martin/Moritz by the ninja-assassin-waitress. But the series always managed to pull itself back from the brink of parody and delivered some truly powerful moments. 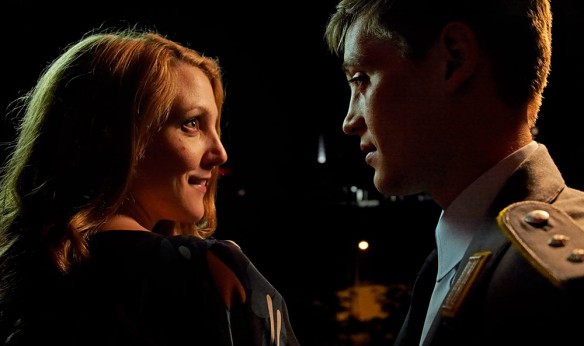 Was it something I said?

One of the best things about Deutschland 83 is that it’s made Germany and the German language cool. I’ve been made inordinately happy by tweets such as these: @jazzywoop ‘#Deutschland83 writing, directing, production, casting, acting, location, music and design is magic. Elevated further by being in German’; @Yasmin_Gooner ‘German is the sexiest language in the whole world. #Deutschland83’; @julzenthe1st ‘German students & graduates are giving each other high fives all over Britain’. Thank you Mr. and Mrs. Winger, thanks Walter! 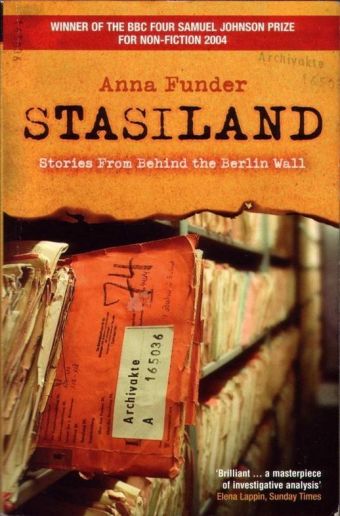 24 thoughts on “Deutschland 83 series review: my take as a Germanist and fan”