Today, 27. October 2014, is the 100th birthday of poet Dylan Marlais Thomas. As I live in Swansea, just around the corner from where he was born, I thought I’d mark his centenary on the blog.

Today I was lucky enough to have a tour of 5 Cwmdonkin Drive, the lovingly restored Thomas family home, which I would heartily recommend. Here are some photos to give you an idea: 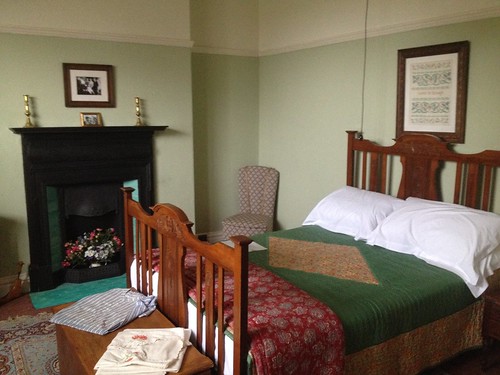 The bedroom where Dylan Thomas was born…100 years ago today 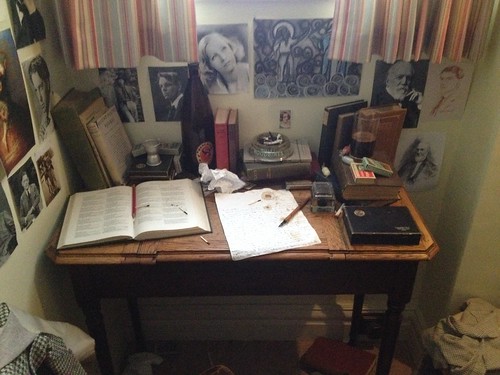 Dylan’s TINY bedroom and a reconstruction of his writing desk 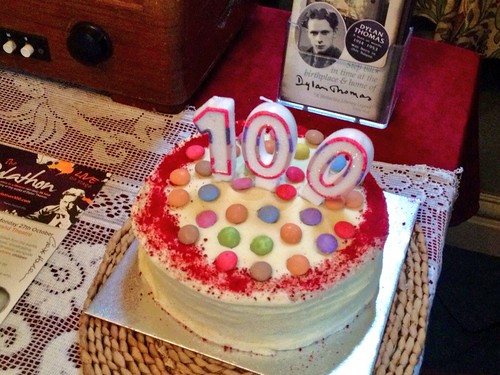 They made him an awesome birthday cake! With smarties!

And for the last few days, the city has been buzzing with all manner of Dylan events, from the Do Not Go Gentle festival (featuring Danish band Eggs Laid by Tigers, who set Dylan’s poetry to music) to the Dylathon at the Swansea Grand Theatre, a non-stop, 36-hour reading of Dylan’s writings and works. I’m very excited to be heading to the final session tonight, which features Ian McKellen, Sian Phillips, Katherine Jenkins and The Morriston Orpheus Choir, amongst others. 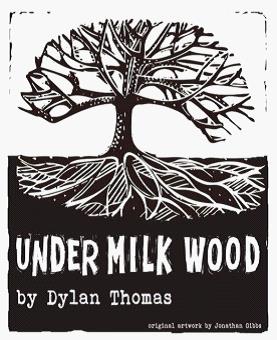 AND … last night Port Talbot boy Michael Sheen’s production of Under Milk Wood was broadcast live from the 92nd Street Y in New York, the same venue where the only recording of the piece with Dylan Thomas was made in 1953. It’s a vivid, humorous and moving evocation of a day in the life of a Welsh town called Llareggub (spell it backwards…!) and is well worth a listen. My favourite character is Mr. Pugh, who yearns to murder his cold, nagging wife: ‘Alone in the hissing laboratory of his wishes, Mr. Pugh … mixes especially for Mrs. Pugh a venomous porridge unknown to toxicologists which will scald and viper through her until her ears fall off like figs, her toes grow big and black as balloons, and steam comes screaming out of her navel’. And there we have our link to crime! It’s always there if you look closely enough…

In other news, the lovely Marina Sofia invited me to take part in her ‘what got you hooked on crime’ interview series. It was great to be asked and I had a lot of fun answering her questions. If you’d like to see my responses, they are over at her findingtimetowrite blog, and take in most of the books featured on the pile above. Perhaps you have some views on my choices?